After an overnight rain on June 12th, our weather station rain gauge only registered 1mm of rain. As the rainfall was hard for an extended period of time, I knew more rain had fallen and something was wrong with the gauge. Upon investigating the weather station, and much to my surprise, I found the rain gauge was plugged with a soggy bird nest.

No birds were near the weather station so I did not immediately know what species had built the nest. I removed the nest and the remaining water chugged through the gauge to register a few more mm of rain. I placed the nest in a safe location to dry out and photograph later.

Early morning on June 13th I checked the weather station and observed a couple of Eastern Kingbirds nearby. Upon close examination of the station and much to my amazement, there was an egg inside the rain gauge. Concerned that the egg would cook inside the black rain gauge, I placed it back in the nest and then set the nest on the ground at the base of the pole.

Later that day I checked the weather station again and discovered that a second egg had been laid in the rain gauge. The female ignored where I placed the nest on the ground and returned to the gauge as if that was her nest. This time I placed the second egg with the first in the nest and gently placed the nest back in the gauge. There was no rain in the forecast so I figured it would be OK to leave the nest there for a few days. During that time the female Eastern Kingbird was frequently seen at the weather station laying on her eggs.

Unfortunately the weather changed and heavy rains were imminent. I realized the nest and eggs would be flooded, so I devised an alternate location for the nest immediately adjacent to the gauge. Sadly the female did not adjust to this change and abandoned her eggs. This first nesting attempt was unsuccessful for them but a few weeks later the breeding pair were actively chasing Crows away from a new territory, and I assume that they were successful the second time.

This bird nest had been found the previous day, water logged from being flooded in its initial location in the weather station rain gauge. 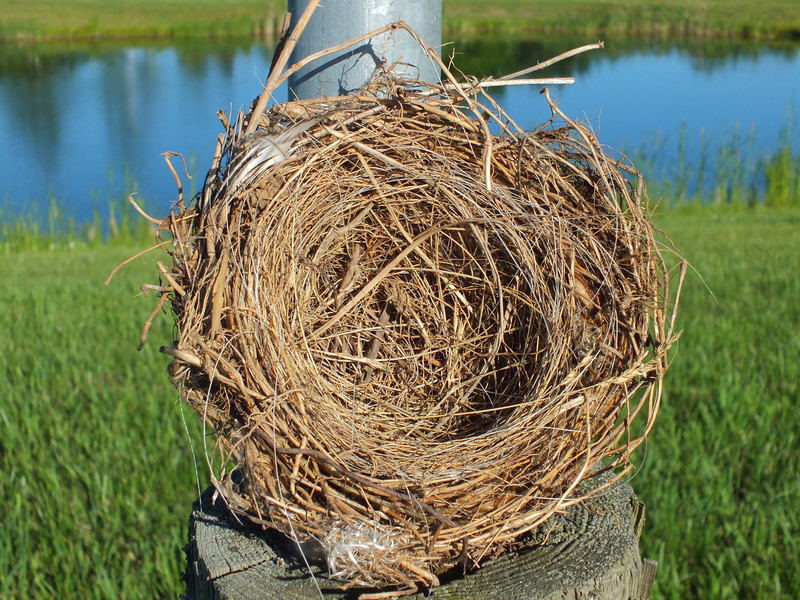 Eastern Kingbird female ignored the missing nest and laid her first egg in the rain gauge.

Worried that the egg would fry, I placed it in the nest and set both on the ground. 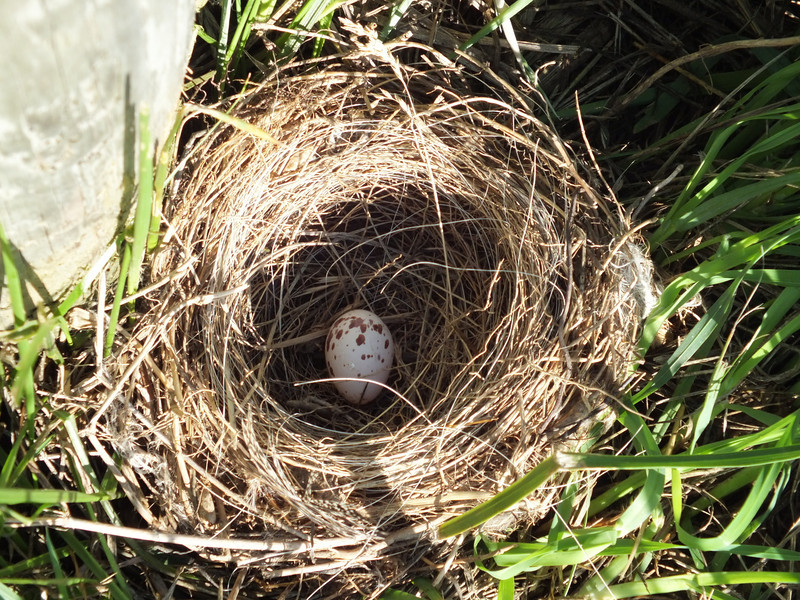 Proof that an Eastern Kingbird was the culprit behind a nest in the rain gauge.

She laid a 2nd egg, again in the rain gauge. 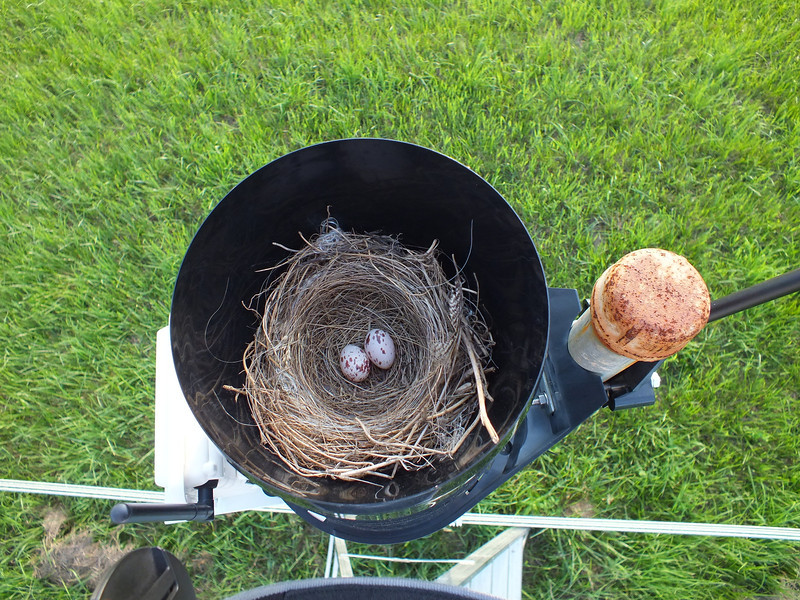 With heavy rain in the forecast for June 19th, I built an alternate nest holder and placed it beside the gauge. The new arrangement held up well through the rain. Sadly, the Eastern Kingbirds did not like the new location and permanently abandoned the nest.