Sometimes you are lucky to be in the right place at the right time. Such was the case recently when I was sitting in our house near a window and heard a commotion outside. A quick look outside brought witness to a close call for our chickens. They were enjoying some sunny weather outside the coop when a Red-tailed Hawk made an attempt at chicken dinner.

When I opened the window, the Hawk took off and flew up into a nearby tree. In case the Hawk was interested in a 2nd attempt, I quickly ran outside and that motivated the Hawk to fly farther away. After coaxing the chickens back into the coop with some bread crumbs, I investigated the spot where the Hawk had been. The chicken fence was pushed in and there were various marks and tracks in the snow.

Most of the commotion I heard was the Hawk flying into the fence and the chickens squawking as they flew out of the way. Their coop is nestled in a stand of Eastern Hemlock trees which prevented the Hawk from making a vertical dive. So it attempted to catch the chickens by coming in on a horizontal flight path a couple of feet off the ground. It likely saw the fence at the last second but had too much momentum to avoid piling into it. The Hawk showed no ill effects from the collision when I saw it fly away. Needless to say, we decided to keep the chickens in their coop until their sale a few days later.

Landing site for the Red-tailed Hawk is in foreground on this side of the fence. In background is the chicken coop. 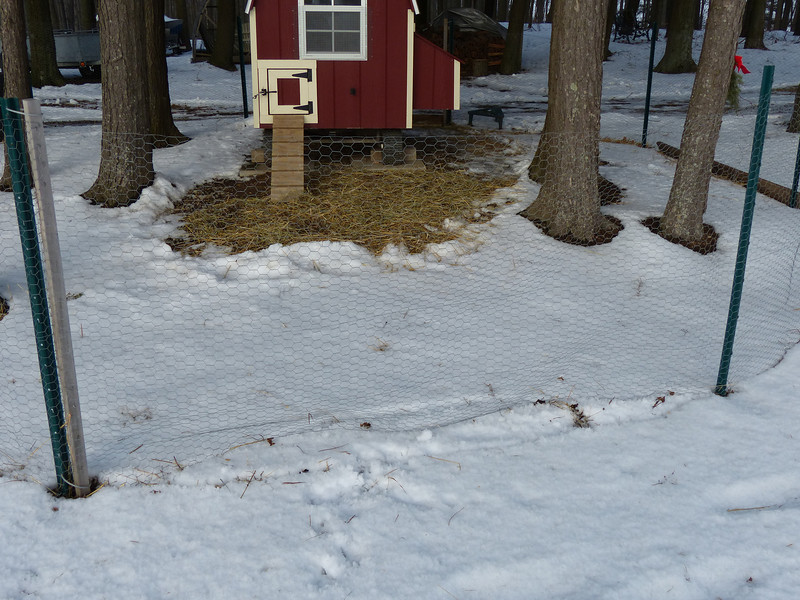 Evidence of an awkward landing by the Red-tailed Hawk, pushing in of the chicken fence and then a few tracks as the Hawk prepares to take off. 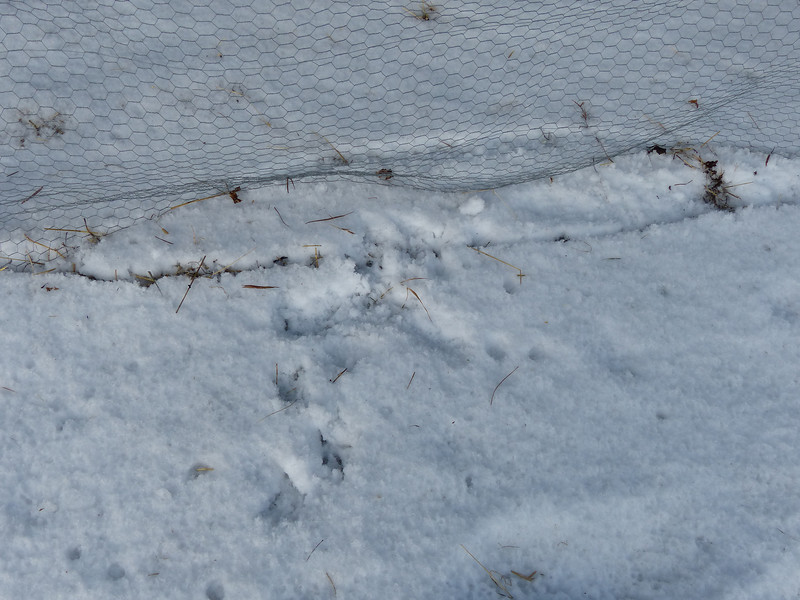 One of the Red-tailed Hawk tracks. This track measured 4" long by 2½" wide. Note that not all of the track is visible due to snow crust.