One of my routes in and out of Peterborough is along Harper Road and Rye Street located in the south west quadrant of the city. Every time I travel this route, I glance at the beautiful babbling creeks that run under or along these roads. More recently I have stopped to look and to my great delight I have observed the beautiful Brook Trout that are resident in these creeks. All along I assumed that the creeks meandered through private lands and so did not venture to explore them. That perception was pleasantly changed when recently I learned from members of the Peterborough Field Naturalists (PFN) that a good portion of Harper Creek and its tributaries lie within Harper Park, owned by the City of Peterborough.

Drew Monkman provided my first glimpse into the mystery of Harper Park late in 2012 when his column on the Park was published in the Peterborough Examiner. A copy of this article can be found at Drew's website and is titled "Higher Profile For Mystery Park: Little known Harper Park is City's most significant woodland and wetland".

Now my interest in the Park was really on the rise so it was a very welcome development when Kim Zippel gave an information update during the March 13th meeting of the PFN. Kim has the lead for HPSI, Harper Park Stewardship Initiative. She asked for help from PFN volunteers and I expressed an interest with the trail development. However, it turns out that there will be several months of meetings and administration to complete before the practical work can begin. On March 17th Kim met Tom and I at Tim Horton's where she showed us maps of the park. Then we went for a walk along Harper Road and part of Rye Street while Kim provided an update on Harper Park initiatives over the past year. We also saw some Brook Trout! A big thank you goes out to Kim for showing us the Park.

I returned to Harper Park on March 24th and did a slow walk up the main creek while taking photographs. The trip started at the creek culvert which passes under Harper Road and continued west to the first fork in the creek, then followed the south fork. I observed six adult Brook Trout ranging in length from 5 to 9 inches and a swim-up fry that was 1 inch long. A pair of Mallards flew out of the creek. I also observed tracks and/or sign for the following mammals and birds: Red Fox, Eastern Gray Squirrel, Eastern Cottontail, Beaver, Red Squirrel, Long-tailed Weasel, Coyote, White-tailed Deer, American Crow, Pileated Woodpecker and Wild Turkey.

So why is Harper Park a diamond in the rough? It is a gem of a property and the City of Peterborough should be commended for designating it as park land. There are few if any such properties located within any other Southern Ontario city. I may be going out on a limb here, but it would appear that Peterborough may be the only city in southern Ontario with a self-sustaining population of Brook Trout resident within the city limits. That is an awesome badge of honour for a city that takes pride in its efforts to be sustainable. For the moment, Harper Park remains obscured to the public due to a lack of trails, parking and identified access points - hence the reference to a diamond in the rough. In time and with careful managment, Harper Park will be accessed and appreciated by many residents of Peterborough and area.

Harper Creek has a resident population of wild Brook Trout. Most are small in the range of 5 to 8 inches long. It is remarkable to have Brook Trout within the City! 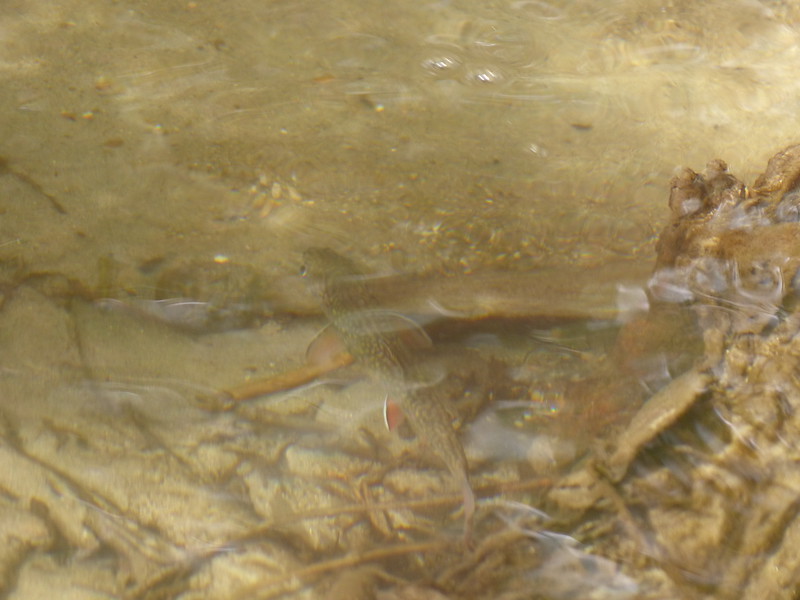 Harper Creek headwaters feature clear and cold spring water which provide the ideal environment for sustaining Brook Trout. Protection of these source waters is critical to the Trout.