The Common Loon is one of the most endearing and beautiful birds in Canada. Bird Studies Canada has been monitoring the Common Loon for several decades with concern about the overall decline in their population. The Canadian Lakes Loon Survey (CLLS) is a citizen science program where Loon lovers can lend a helping hand. During the spring and summer of 2017, I had my first experience with participating in the CLLS.

As stated on the CLLS web page, "Canadian Lakes Loon Survey participants have worked since 1981 to track Common Loon reproductive success by monitoring chick hatch and survival. Participants dedicate at least three dates, visiting their lake once in June (to see if loon pairs are on territory), once in July (to see if chicks hatch) and once in August (to see if chicks survive long enough to fledge)."

We have lived in a waterfront home on Chemong Lake for four years. During our first years living here we saw Common Loons regularly and observed the appearance of Loon chicks in the spring. My introduction to Bird Studies Canada through a membership in early 2017 was initially with an interest to participate in "Project Feederwatch". At some point I was introduced also to the Canadian Lakes Loon Survey and immediately signed up to get the kit. Both projects have kits that are mailed to participants which guide them through the process of collecting and submitting observation data.

I observed Common Loon nesting along lower Chemong Lake in a small bay isolated from the main lake by a road culvert. Small boats can navigate through the culvert but in general the boat traffic is light and most of the shoreline in the bay is undeveloped. A pair of Loons has established their territory in this small bay every spring from 2014 to 2017. It is possible that they had been here prior to 2014 but we were not here to observe them. The mated pair could be the same Loons returning each year. They have exhibited a unique behaviour of nesting in the protected bay, caring for the young chick for one to two weeks and then moving through the culvert to the main lake. There is usually a period of a few days when the family migrates back and forth through the culvert, followed by permanent residency in the main lake. For the rest of the summer this mated pair and chick(s) remain in Lancaster Bay not far from the small bay and nest.

My first serious observations of Common Loons on our lake began in 2016 when a Loon nest was readily observed from the highway. I also observed the nest from my canoe, keeping a respectful distance back and using a super zoom camera to document the nest and adult. A few days later the adult was no longer observed on the nest. Both adults could be seen on the small bay without a chick. Eventually the adults left the small bay and I felt comfortable making a close examination of the nest. There were egg shell fragments in the nest which suggests that the adult was actually incubating an egg. But something went wrong and I suspect predation of the egg.

Observations of Common Loon adults and chicks during 2017 on lower Chemong Lake were contributed to the Canadian Lakes Loon Survey. Some of the observations were done simply by looking out our lakeside windows. At times I would paddle my canoe into the nearby bay and make my observations. My good neighbour Brent was very helpful by providing a boat ride during windy days and for venturing farther into the lake.

As with previous years, there was a mated pair which established a territory in the small bay south of the culvert. I did not find the nest this year but first photographed the pair with one chick on June 10. I was able to observe them almost daily in the small bay and later in the main lake. My next photographs were on June 24th and by that time the family had permanently moved out into Lancaster Bay. Subsequent observations of this family took place on July 7, August 7 and September 10. During all of these visits the family was observed in Lancaster Bay. On September 10, there was only one adult observed with the chick which had by that time developed into a larger, well developed juvenile. Back on August 7 the chick had already reached the "large young" stage which is deemed by CLLS as reproductive success.

During the boat ride on July 7th, a complete survey of the entire south half of Chemong Lake turned up a second family of Common Loons, plus another eight adult Loons in singles or small groups. The most interesting was a group of three Loons which were in active display, perhaps practicing for future territorial battles. The second family was located on Bailey's Bay, lower Chemong Lake, about 1.5 km away from the first family. This second family consisted of a mated pair and two chicks. They were also observed on August 7th and the two chicks alone were observed on September 10. In all cases they were observed strictly on Bailey's Bay. It was a relief to observe that these juveniles had also reached the "large young" stage indicating reproductive success.

When the season was done I had the choice of submitting data on sheets provided in the kit or using online data entry. Hoping it would reduce the time needed by Bird Studies Canada to transfer my hand-written data I decided to try the online approach. The online approach worked OK but I did encounter a small problem with having to repeat data entry. In the end I discovered that switching web browsers helped. One bonus is that staff at Bird Studies Canada were quick to reply to my emails for help.

My first experience with the Canadian Lakes Loon Survey was a positive one. I intend on contributing to CLLS in 2018 and beyond. It will be interesting to see whether Loons return to the same nesting areas. I hope that the Chemong Lake Loons continue to have reproductive success. If you have been inspired to contribute your time to this program, please visit the following web page: www.birdscanada.org/volunteer/clls/ 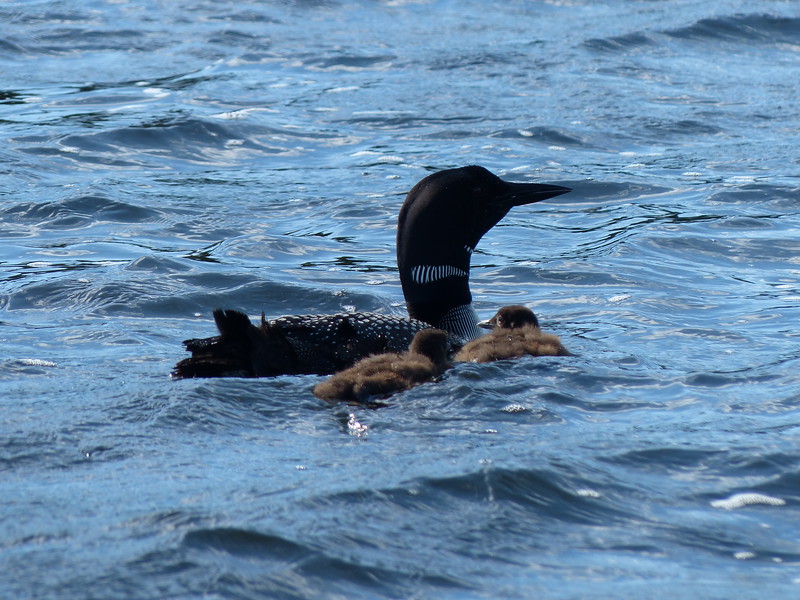 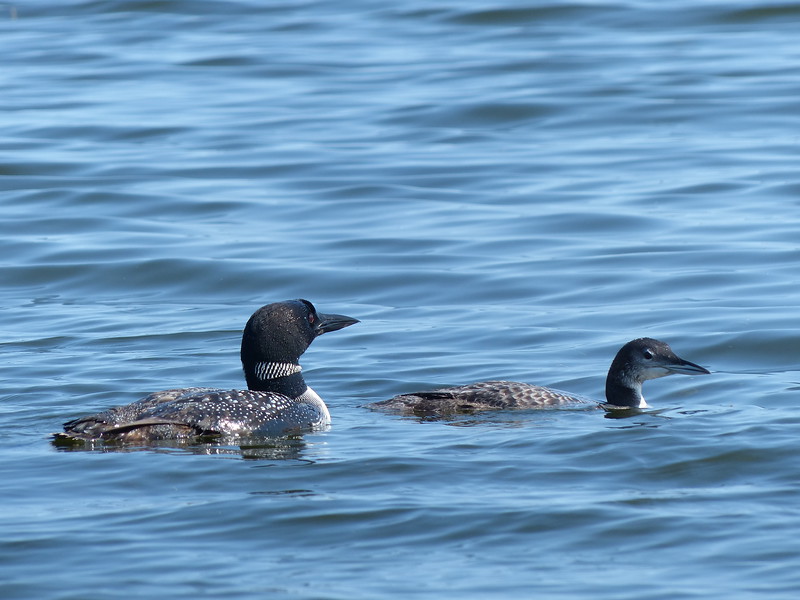